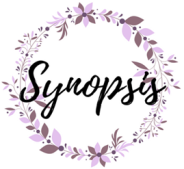 Seventeen-year-old Ruby is a Fireblood who has concealed her powers of heat and flame from the cruel Frostblood ruling class her entire life. But when her mother is killed trying to protect her, and rebel Frostbloods demand her help to overthrow their bloodthirsty king, she agrees to come out of hiding, desperate to have her revenge.

Despite her unpredictable abilities, Ruby trains with the rebels and the infuriating – yet irresistible – Arcus, who seems to think of her as nothing more than a weapon. But before they can take action, Ruby is captured and forced to compete in the king’s tournaments that pit Fireblood prisoners against Frostblood champions. Now she has only one chance to destroy the maniacal ruler who has taken everything from her – and from the icy young man she has come to love. 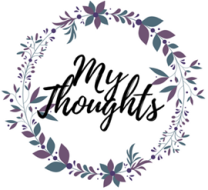 `Enter a world where fire and ice are mortal enemies…`

The fire and ice thingy immediately had me thinking of the Starks and Targaryens. Was I going to read about that in this YA – Fantasy – Romance saga? Good God…

Will this Ruby chick in `Frost Blood` be another Katniss / Feyre / Mare copy? Hmm…

I mean- We´ve seen this happen before, right? Authors will latch onto the trend-wagon, creating their own versions of an already successful bestseller. Which is fine, I guess. You can´t reinvent the wheel. But you can try to perfect it.

I´m going to keep this nice and simple:  I wasn´t too mad about this book.

Yes, it´s exactly like every other dramatic YA fantasy book. It has almost the same elements: A young badass ( and also slightly annoying ) world-changer Heroine, good vs. evil, arguable romance, bla bla bla… Despite having already read this type of story many times before I can say without a doubt that I enjoyed this one more than I did others. As in – Other popular YA fantasy romance bestsellers.

I enjoyed `Frost Blood ` so much more that I´m willing to give the next book a try.

I will say, though, that the writing didn´t knock me out of my socks. It was clean and simple. Nothing to go nuts over, in my opinion.

All in all not a bad read.

Would I recommend this book? Yeah, I would. I would even recommend reading `Frost Blood` before reading all the other similar bestsellers. It´s easy on the mind and entertaining.  A great introductory book for anyone new to the YA fantasy romance world.

Would I reread this book? Maybe.

The Cover – 3 Stars:   A rose. A frosted rose. * sigh * Not terrible but also not what I would consider fabulous, either.

The Story – 3 Stars:   Been there. Done that. Bought the book 5x before. But still a decent adventurous read.

The Characters – 3 Stars:  I was going to rate the characters with 4 stars but then I remembered how little I knew of the Heroine. I would have liked a little more background info on her. Fingers crossed I´ll get more of that in the next book.

My emotional state after finishing this read:  Relatively happy.

You can purchase `Frost Blood` ( Frostblood Saga #1 ) by author Elly Blake on Amazon.com