We´re slowly ( oh, ever so slowly ) moving in the direction I´ve been raving about all this time. Book cover discussions.

As weird as this may seem… I´m feeling more and more inclined to talk about the one thing that makes my heart explode with love or my blood pressure rise.

If you so happen to be new to this blog then you probably haven´t had the pleasure of finding out what my general opinion on book cover images / book cover art are. I´m sure none of you have scrolled that far back to search for my apocalyptic ideas and thoughts on certain covers. And that´s perfectly fine.

As long as the book cover is an eye catcher in a positive way I´ll stop and take a look.

Now, we all know the saying `Never judge a book by it´s cover`. There isn´t a saying that´s more annoying to me than that one. Because of course (!!!) I judge a book by it´s cover. Who doesn´? It´s the first thing we see before reaching out for a book ( unless a book has been recommended and said person spoiled 1/3 of the story for me beforehand… in that case it´s then book purchase by recommendation ).

An eye catchy book cover is a silent invitation to take a closer look at a book. And when you like what you see you´ll take your time to check the book out and read the synopsis on the backside. It´s as simple as that.

To judge a book by it´s cover is okay. There´s no crime committed when saying a book cover has caught your attention. Because book covers are important!

With all this being said- I went on a book shopping spree the other day and noticed a few book covers that I haven´t seen before. Now, most of you probably figured out that I live in Germany, and that my german language skills are * cough cough * for shit. This also includes my reading skills. It takes me F.O.R.E.V.E.R to read a 200 page novel written in german. This is the reason why I´m Amazon´s best customer because I order all my english editions on there.

Back to the book shopping spree:

The book store I like to shop at does have a small aisle with english published books. Yes, the fantasy and horror corner takes up much of that aisle but that´s okay. I can live with that. It wasn´t until I was searching for books for the girls when I noticed the different cover images for the books I already have.

A Court Of Thorns And Roses ( English Edition )

A Court Of Thorns And Roses ( German Edition )

A Court Of Thorns And Roses by Sarah J. Maas. Now, while I wasn´t a fan of the cover ( or the story, for that matter review here) from the english edition, I did find myself drawn to the german cover. It just speaks to me more with its light cool colors.

This got me thinking…. What other book cover treasures were out there for the books I already have. I went on a foreign edition hunt…. and I was successful!

Cinder & Ella by Kelly Oram is a cute romance written for people who aren´t me but I must say that while I love the cover for the english edition ( left ) I´m not so sure what to think of the german edition ( right ). It´s plain and simple but… maybe too simple?

Yeah, not digging the english edition for Sarina Bowen´s The Ivy Years #1 but I do fancy the german cover. I blame it on the backside of the guy´s head in the left image. Uugh. 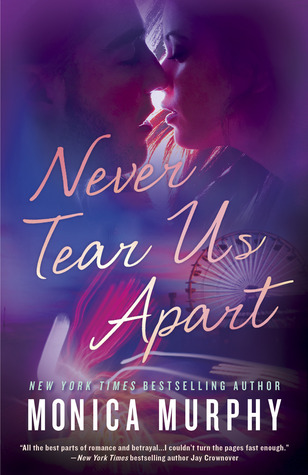 Love the color theme on the english edition for Monica Murphy´s Never Tear Us Apart ( Never #1 ) but I hate seeing the faces. The german edition, though…. Good Lawd, the orange bits on the cover reflect in a bronze tone and it´s just stunning. Would rather have the german cover on my shelf. * sigh * 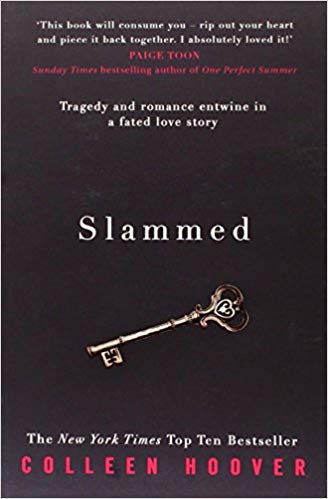 This one rubs me the wrong way. The left image is the english edition for Slammed by Colleen Hoover. The cover image was perfect for when it was published. Now it´s outdated. The german edition ( right ) might be more trendy but it doesn´t really fit the story. I still prefer the german edition, though. Would look impressive on my bookshelf with all the other black outdated book covers.

Hands down, the english edition ( left ) of Maybe This Time by Jennifer Snow is nothing I´d ever purchase in a book store. Not with that cover. If only the book had the cover from the german edition….

So, there ya have it. One book. Different editions and covers. I can´t really say if the germans are far better at creating book covers but I can say that it´s nice to see what a difference a cover image can make.

Which book covers / forgein editions do you like or prefer?

Thank you for reading. I hope you have a lovely bookish day,