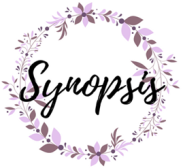 Reid Tate wasn’t always like this. He once cared for me. Made music with me. Gave his heart and soul to me.

But I ruined it.

The breathtaking boy I used to love is gone. In his place is a man who wants to rip my heart apart and lay my soul bare before thousands. He doesn’t care about the secret that will ruin me. His brand of retribution is destroying my band and ruining our future.

But I promised myself never to let Reid Tate steal my voice again.

Except that’s the problem when dancing with the devil. By the time the music starts it’s already too late.

The package looked promising. Great cover design, great synopsis. Plus I have a weak spot for rockstar / to – be – rockstar novels. An all in all positive looking read. There´s no way I could be disappointed, right?

( Insert the loudest sigh ever heard by mankind )

Don´t get me wrong- I´m always up for wit and quick thinking, great comebacks and such. Just don´t over do it. If everything is well balanced then there´s no problem. It´s all about balance.

Right. Balance. There was none in all areas. From the characters, their dialogue, the events happening, the dark secrets the characters dealt with… Everything lacked balance. I mean- This story was all over the place and couldn´t sit still for one flippin´ moment.

What I did NOT appreciate

Then there´s this gem of a scene.

Hero: Do you trust me?

Heroine: You told me not to.

( actual dialogue from the book )

Oh, in that case…. Let me remodel my life because Lord Commander said shit´s different now.

And now for the most aggravating part…..

That´s a pretty long list of things I couldn´t appreciate. I bet you´re thinking I don´t have anything good to say about this book. Well, you´re right. I don´t.

When reading the synopsis you think you´re getting something highly emotional that brings those croc tears out. You think you´ll be suffering from the worst book hangover and live in a week long funk. That´ll probably happen for other readers. It certainly didn´t work that way for me. The synopsis IS intense. The story? Not.

A rather disappointing read for me.

Would I reread this book? No.

My emotional state after finishing this read –  A struggle from start to finish. I´m exhausted.

Purchase Lie To Me ( Rising Star #1 ) by Lee Piper on Amazon.com.